Well it’s been a busy week!  I needed a change ASAP  and made a very quick move to LA for a change of scenery. I found a place in my best friend’s building! We’re neighbors and soon to be Scandal finale watchers! Everything has been pretty fasted paced. Moved in over the weekend, started working Tuesday, saw HAIM last night with an old friend. Now that I have a day off to relax a bit I decided to explore my area since I have no idea how to navigate and don’t have a smart phone…I know, I know. Now I can get to work, home from work, to Trader Joes, and now to Fonuts.  I was just driving by and spotted it and of course had to stop.

I walked into the cutie store and the girl was super friendly and welcoming (next time I shall have dollars for tipping on hand). I got two, but after trying on clothes today the the Beverly Center I think I’ll share with the bestie. 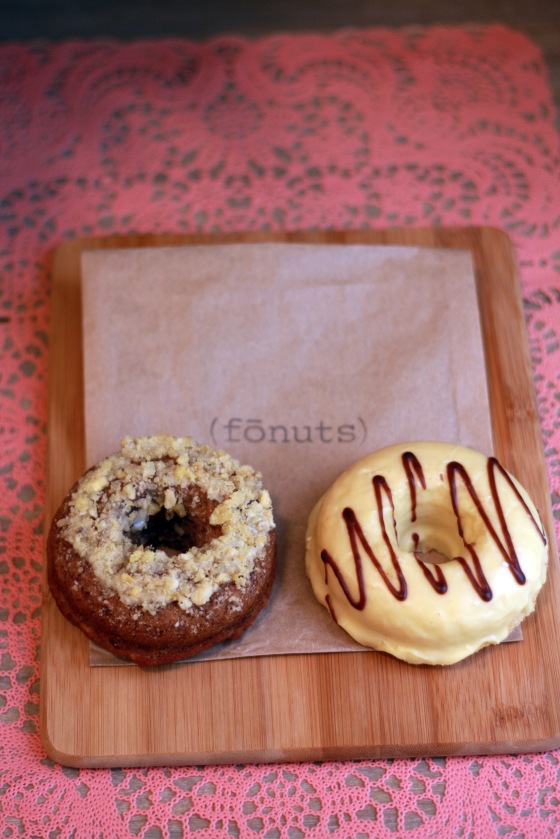 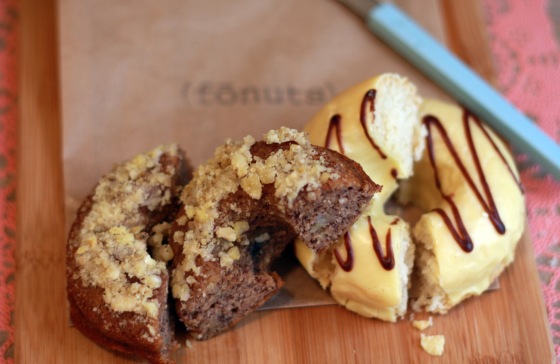 Coconut Passion Fruit – I didn’t realize it was coconut when I got it (the girl just said passion fruit) but it’s very coconutty. Super moist and soft and fluffy inside and the passion fruit icing is yum yum yummy. I could have done without the chocolate drizzle.  Again, this one is a little cakey. It’s more of a doughnut than the banana one was though.

So back to the Beverly Center. I walk in and what to my wondering eye should appear but a Biggest Loser trainer! I used to be OBSESSED with this show. No, it wasn’t Bob or Gillian; it was Dolvett. He wasn’t my favorite addition to the show but I was super excited nonetheless. I had to stop myself from jumping up and down. My first celebrity sighting since I moved!

Anyway I’ll try not to be too broke and save up to eat and post more. My stove isn’t working yet so  hang tight and food posts will be back up soon!